This is our 3rd visit to Chiang Mai, Thailand but our first house sit in this city looking after 2 cats Jack & Scooby. The home owners are ex-pats from Queensland and have made Thailand their new home and we were delighted when they asked us to care for their precious fur babies while they returned to Australia for 2 weeks.

Their home is a lovely big house near Wat Jed Yod and is only 3 kms from the historic Old City and the home owners had bicycles we could use too. The perfect form of transport, if you are brave enough to cycle in the busy traffic.

Jack  and Scooby are 20 month old siblings, but they are very different from each other. 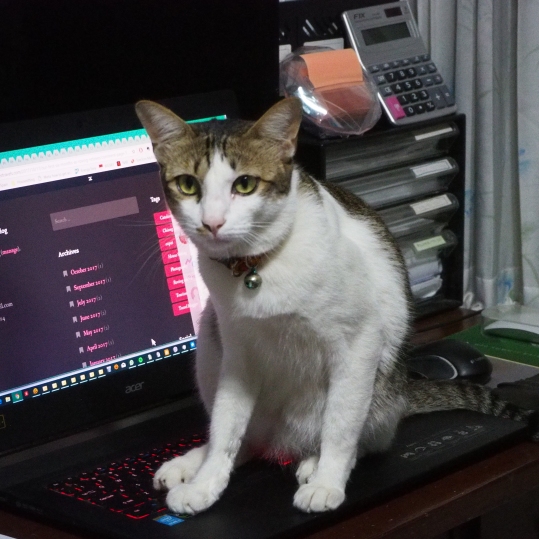 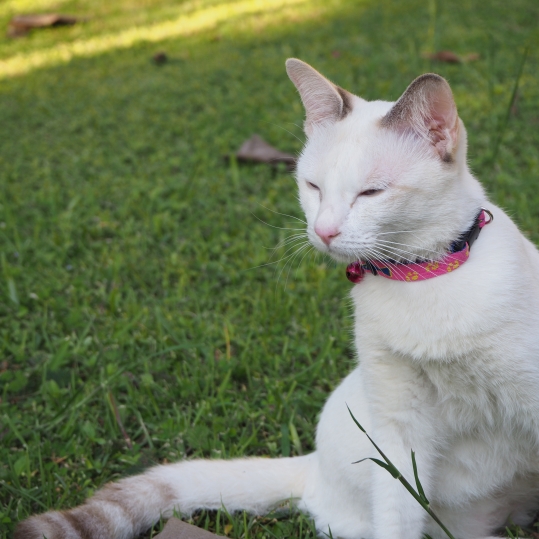 Scooby spends most of her time ‘relaxing’ in the garden and catches tiny geckos and various other insects, which she likes to bring into the house and show us.

Jack is a wanderer and likes exploring the neighbourhood.  He also likes to catch little creatures and indeed he caught a green tree snake (thankfully non-venomous). We have been told Jack has caught a squirrel and tried to bring it into the house too.

Scooby is a proper lady and behaves herself (most of the time).

Jack has a habit of finding trouble. Or trouble finds him. The vets know him quite well as he has been there a few times after getting into fights.

Jack went ‘walk about’ a few weeks prior to us arriving. Thankfully, he came home each night while we were house sitting.

Scooby is a small eater and doesn’t always eat all of her ‘wet’ food.

Jack eats everything you put in front of him and eats what Scooby leaves behind. Whenever you open the fridge, Jack will be there, in the hope of more food. I often have canned tuna with a salad for dinner and Jack thinks it’s cat food so he will be sitting patiently waiting for ‘another’ meal.

Dinner time is 5pm and at 4:59pm you will hear a meow and the brush of Jack’s tail against your leg as he reminds you it’s time to feed him.  Of course, no sign of Scooby and we need to go out and call her.

At night time we would find Scooby sleeping in the spare bedroom.

Jack,  we found him sleeping in unusual locations such as on the fridge and the bathroom floor.

Jack did spend a few nights on our bed but after 2 consecutive nights where he decided to bite Glenn’s feet without warning in the middle of the night, he got banned from our room! 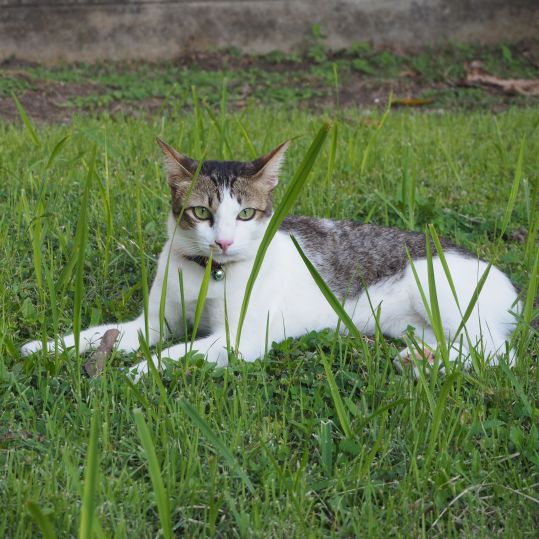 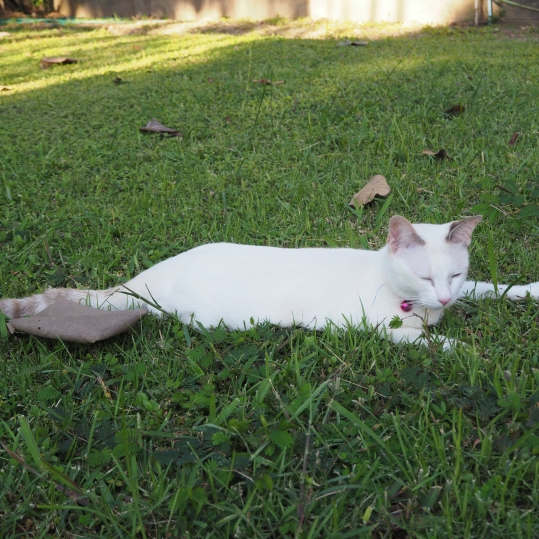 They both like a bit of attention, especially a rub under their chin. Jack loved getting lots of cuddles whereas Scooby, would spend much of her time inside the house sleeping so we didn’t want to disturb her.

That describes our sit of two very different, but curious and adorable, cats and we had lots of fun caring for them.

What the home owners said – “..Glenn and Jacqueline were very thorough during the pre-sit interview and even asked questions regarding possible eventualities that we hadn’t even considered. All in all, we would not hesitate in the least to recommend Glenn and Jacqueline to anyone wanting good, reliable, caring and professional house sitters.…...”

View all posts by Glenn Lamb